Although Microsoft has officially stopped providing security updates to Windows 7, it is still the most popular Windows OS version out there with billions of devices on board thanks to its traditional Windows look and feels. It does run into issues and this time around, it has affected its Backup and Restore functionality where the recovery discs are unusable. Here’s more.

According to the reports, Windows 7 update KB5013438 is the culprit behind the said issue. It was released in January 2022 and any devices that have installed the said update are facing issues with their Backup and Restore functionality.

The tech support document stated that the recovery discs which could be a CD or DVD produced using the Backup and Restore functionality on Windows 7 in Control Panel are unable to start. 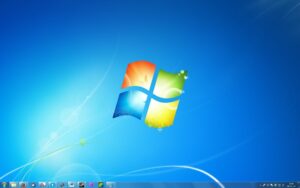 What this essentially means is users are unable to use the recovery disc if required in the events if the PC is reset for some reason.

Note that Windows 7 users who haven’t applied the KB5013438 update yet are saved from this glitch. You can actually check your list of updates to find the ones you have installed already to verify the same.

Note that Microsoft has clearly mentioned that the issue is with the native recovery disc feature and hasn’t propagated to third-party apps used for recovery or backup at any point in time.

When will the fix arrive?

Well, if your PC is affected by this issue, stay put as Microsoft is working on fixing this glitch. Although there’s no ETA available, the glitch will be resolved soon with the onset of an upcoming release.