MS Paint is the one area where the changes have been gradual with every Windows installment. The changes on Windows 8 and 8.1 were limited.

Things paced with Windows 10, where the Paint’s toolbar received an upgrade, inspired by the MS Office suite. This time around, with Windows 11, the on-board graphics editor received rounded edges along with the mica material.

This is not all in the refresh for MS Paint, as one would think, as Microsoft has confirmed that few dialog boxes have received an update this time.

The “edit color” “resize and skew” have received the design overhaul update to keep them in line with the design principles of Windows 11. Additionally, now you can select a secondary color from the swatch by using the shift+click combination. 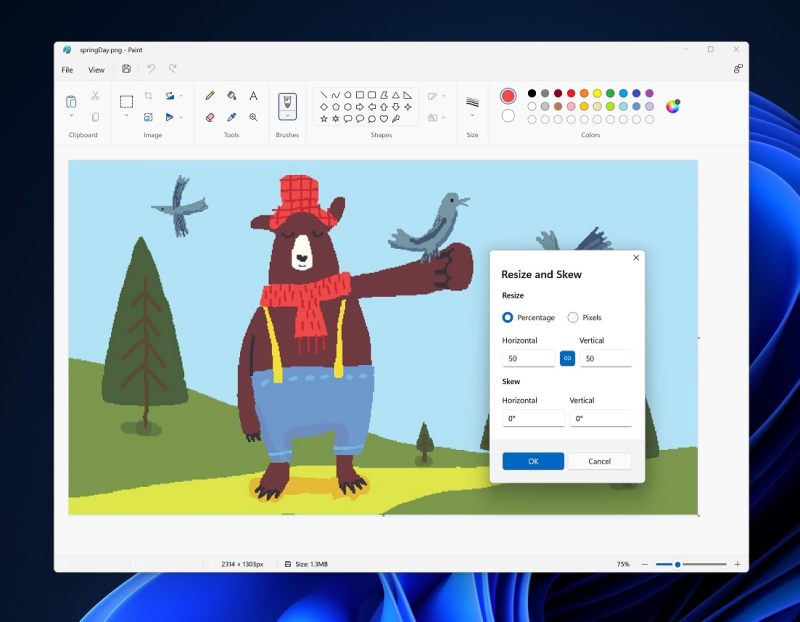 Apart from the features, there have been many bug fixes with the new update. This includes the unexpected closure of text boxes. On top of that, a few dialog boxes were not correctly resized when using Windows in specific regional languages.

The Dark Mode is ..missing

MS Paint with a dark mode was teased last year when the Paint app for Windows 11 was first released. It is missing with no comments from Microsoft on the matter. We expect it to be available in the future, as users have been asking about it in the forums. 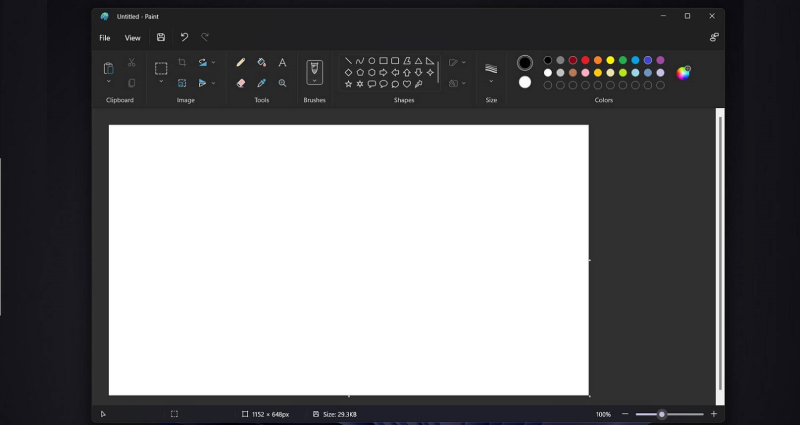