File Explorer is one of the most important software in Windows and it has been around since 15 August 1995. The almost three-decades-old software is now finally getting a major overhaul.

The complete redesign of File Explorer will offer an improved UI coupled with useful new features. According to some reliable sources, the updated app will feature a completely redesigned header with a modern file directory box, a new search box, and a dedicated “home” button.

While, the existing header buttons, such as “new,” “copy,” and “paste,” will be moved into the file/folder view. 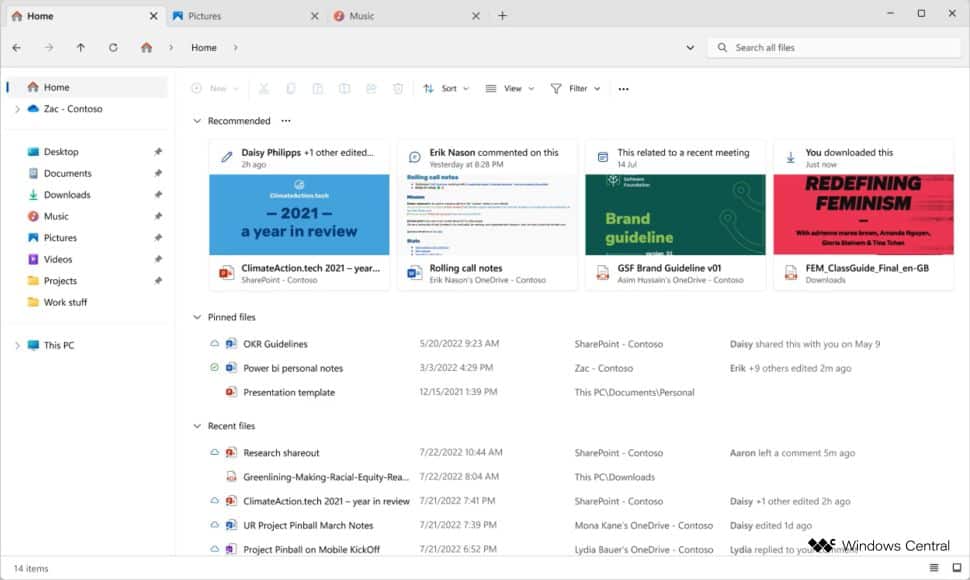 The homepage of Windows 11 File Explorer will now be deeply integrated with Microsoft 365 and OneDrive.

As you can see in the mock-up images the homepage will also include large thumbnails of documents that include recently modified items like comments from colleagues. Furthermore, the left-side navigation is being updated with more modern code, rounded highlight buttons, icons and much more.

It’s worth noting that File Explorer had the last major redesign with Windows 8 almost ten years ago. If everything goes as planned, File Explorer will soon look far more cleaner and modern in comparison to what it is today.