Microsoft has announced that it is testing the addition of tabs in the Notepad text editor for Windows 11. This came a month after an employee accidentally revealed it last month and it made several rounds around the web.

The company stated that this new feature would allow users to open multiple files at once and easily switch between them within the same Notepad window. The browser-like tab design has become an increasing norm across the apps. They leave behind the era of multiple Windows which revolutionized multi-tasking.

Earlier Microsoft brought tabs to file explorer on Windows 11. Now they take it to the notepad, reducing the clutter on your screen. You can drag a tab out into a separate window just like browsers.

Tabs in Notepad has made their way through the Windows 11 Preview build through the dev channel. Tabs was a top request featured by the users as Dave Grochocki, Program Manager Lead at Microsoft told in a blog post. 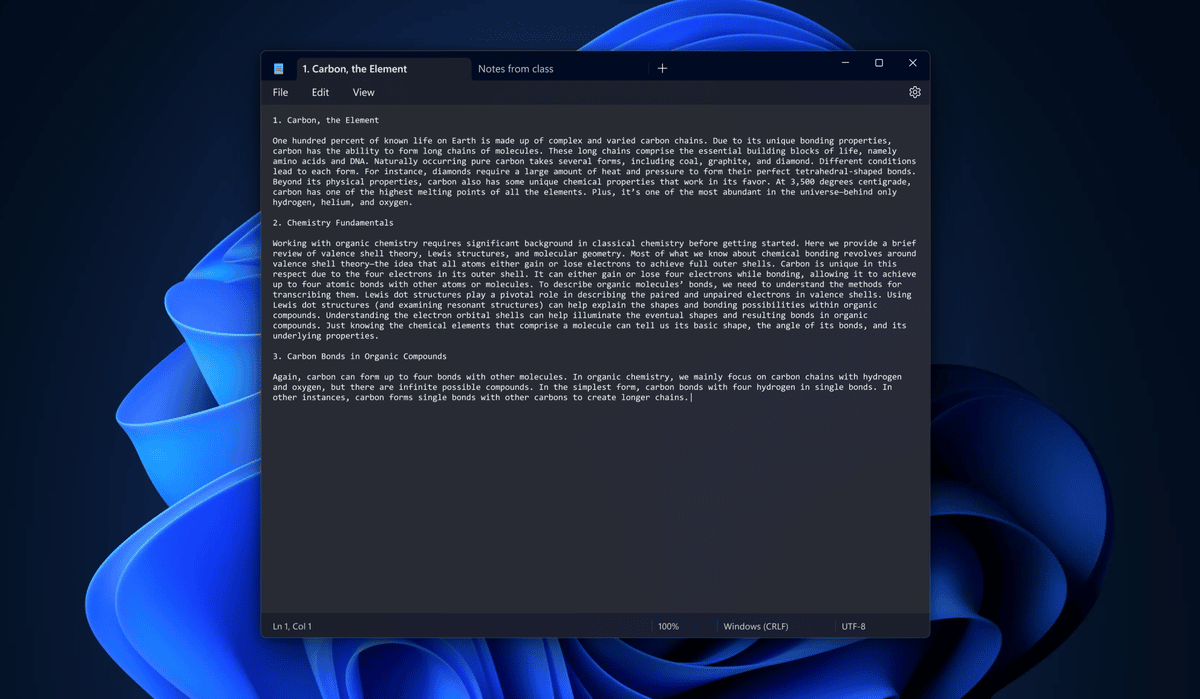 Users will be able to create, manage, and organize files in one window of notepad. You can take drag out a tab and work on it as a separate window.

There is also a setting to add new files as a tab or open in new Notepad window by default. You can navigate and manage tabs using the new keyboard shorts.

Along with the tabs, Microsoft has refreshed the graphics settings page on Windows 11. It has paved way for getting the most out of the graphics experience.

Now graphics settings lets you adjust GPU preference, Auto HDR, and optimized for Windowed gaming, along with other related changes.

Laptops with hybrid graphics often has onboard GPU along with a graphics card installed for dedicated gaming performance. GPU preference would let you select the one to use, which not only improve gaming performance but also save on battery during other times.